The 11th annual event brought together more than 400 club and resort chefs. Education sessions, culinary and club ideas, and networking opportunities were plentiful. In 2020, the conference will head to Charlotte.

The 2019 Chef to Chef Conference, held at the Hilton New Orleans Riverside, kicked off on March 10 with a reception and dinner keynoted by Chef John D. Folse, CEC, AAC, from John Folse & Company. Before the official start of Conference events, attendees were invited to attend sponsor sessions offered by KOPPLIN KUEBLER & WALLACE, VGM Club, Northstar, Spiceology, and The Montague Company, that shared relevant ideas, trends, and hot topics in the culinary industry. Folse’s address, titled “Possibilities: The Life of a Chef,” entertained the audience with his compelling journey as a kid from the swamps to Louisiana to the height of the culinary world. Known for his willingness to try things other chefs wouldn’t, Folse opened the first American restaurant in the (then) Soviet Union ahead of historic talks between presidents Ronald Regan and Mikhail Gorbachev. (For those interested in watching Folse’s keynote address, you can view the Facebook event here.)

March 11 marked the first full day of conference sessions and kicked off with a cooking demonstration by Chef Russell Scott, CMC, The Club at Carlton Woods. His presentation was titled “Looking Closer: Staying Focused on the Key Culinary Details Amid Fast-Changing Trends and Technology.”

Walker was followed by a double session from Chef Charles Carroll, CEC, ACC, River Oaks Country Club. Carroll’s opening focused on “The Chef as Entrepreneur” followed by “Insights into Greatness,” an on-stage interview with Chef Isaac Toups, a restauranteur and author of the book “Chasing the Gator,” and Reinvention Radio founder and host Steve Olsher joining on Skype.

The last session of Day 2 featured Chef Joseph Leonardi, CMC, Director of Culinary Operations at The Country Club. He discussed “Behind the Plate-up: Motivating and Challenging Your Kitchen Team While Keeping It Focused on the Common Goal.” Golf Channel and Miss America 2015 Kira Kazantsev popped into the Hilton New Orleans Riverside to share the cookoff on an upcoming edition of The Morning Drive.

Soon after the Iron Chef cookoff, the conference shifted off-site for an exclusive pop-up dining event at the Pythian Market. Small plates and signature cocktails were featured as chefs and guests meandered and mingled.

Chefs Nelson Millan (San Antonio Country Club) and Richard Jallet (Baltimore Country Club) kicked off Day 3 with a presentation titled “Be Our Guest! How Guest-Chef Events Can Invite Members, Guests and Staff to Memorable Occasions.” Both have visited the other’s club as part of this “win-win” opportunity. (See Be Our Guest (Chef))

The main dining room took a break for the second session of the day as Chef K. Scott Craig (Myers Park Country Club) discussed “Reinventing Your Snack Bar and Other Satellite Dining Venues.”

The Union Club of Cleveland’s Lawrence McFadden shared his experiences from across the globe in a speech titled “Food & Beverage for Today’s Luxury Customer.” McFadden has moved from the kitchen to become General Manager/COO. 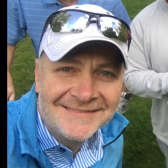 Associate Editor, Rob Thomas is based in Cleveland, Ohio. Married with three children, Rob enjoys golf when not participating in activities with his family.