American Golf continues to capitalize on the bond between birdies and brews with its annual Beer Tasting Golf Tournament Series.

Hosted on the last Friday of each month, March through October, the tournament series takes golfers to eight different courses where they play nine holes—sampling different beers as they go—before finishing up with a themed dinner prepared by the host club.

This schedule was set for participating courses in 2019:

“It’s a fun way to introduce our golfers, members and guests to different local breweries and beers in the area,” says Kimmy Arrañaga, Regional Director of Sales for American Golf.

Structured as a shotgun start, each event features a different lineup of beer vendors,  ranging from emerging local brewers to larger, national brands. American Golf typically contracts with the national brands, while the host clubs work directly with the smaller breweries.

At the end of the tournament, the host club prepares and serves a casual meal to all of the golfers, often with pairings based on the beers being sampled. “Our chefs love working directly with the vendors to come up with interesting pairings to serve,” says Arrañaga.

The series, she adds, has developed something of a “cult following,” with golfers now often reaching out to her as a new year begins to inquire about upcoming dates for the new schedule.

“The series offers fantastic exposure for the host clubs, and it helps to bring the club experience full circle while showcasing food and beverage in a casual, fun and approachable way,” says Arrañaga. 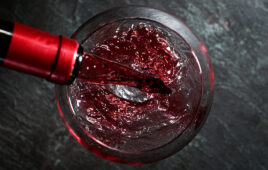 Breaking Down Burgundy: How to Find the (Relatively Affordable) Wines