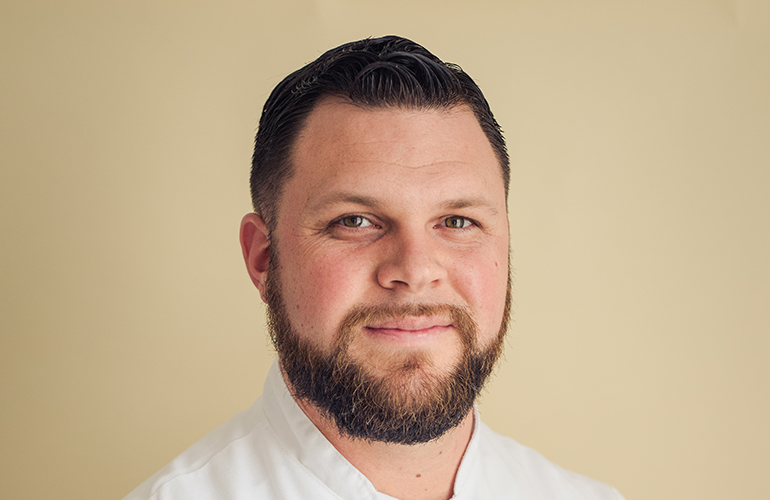 Throughout my life, I’ve always been a deeply competitive person. It didn’t matter if I was spending time with my two brothers as a kid, playing high school sports, enlisted in the United States Marine Corp., or as an Executive Club Chef.

In my second season as Executive Chef of Sycamore Hills GC, I deliberately used competition as a catalyst for culinary growth.

From our Battle of the Chefs event to the Club + Resort Business Top Ranked Culinary Experience Program to the Club + Resort Chef of the Year Competition held at the 2022 Chef to Chef Conference, we used these experiences to help continue to push the growth and success of our culinary program. Although we experienced what in sports would be best described as a loss, there were plenty of wins in the losses.

During the Battle of the Chefs, we invited my mentor, Ryan Daniels, and my younger brother, Vincent Capua, who I worked with at Fiddlesticks Country Club in Fort Myers, Fla., up to Fort Wayne, Ind. for a wine dinner battle. Each team had to prepare two courses and there was blind voting at the end of the evening. Although we lost, the “win” revealed itself to us for weeks after the event. My team was able to spend time with different chefs with different backgrounds and culinary experiences. There were so many times when I saw one of our culinarians doing something that I had not taught them yet or something we haven’t experienced as a team yet. When I asked my culinarians where they learned that, they would say, “Your brother showed me how to do that when he was up for the battle,” or, “Chef Ryan and Chef Brian taught me that technique when I spent time with him during the Battle.”

I remember how eye-opening it was for me to see the impact of inviting other chefs into our kitchen for healthy competition and how much our team took away from that experience.

Our second competition experience was the Club + Resort Top Culinary Experience ranking. We knew we were pushing the culinary envelope at the club, and the results have been incredible. We decided to enter our program into the competition even though we knew we would be competing against the highest caliber of clubs. When the rankings came out and we were ranked 20th, I couldn’t have been more ecstatic. However, the genuine excitement and impact were on our front and back-of-the-house teams. When we announced the rankings to our team during a meeting, they literally (and I hate using that word) went crazy. Not only were our culinarians elated, but our front-of-the-house staff was equally excited. There were high fives and hugs even among our utility team members, primarily comprised of young men and women in high school. I love that we have built that kind of culture here.

We then used that ranking to push our team and the envelope. There were so many times I had hourly culinarians and front-of-the-house staff asking me what they could do better and how they could help keep our ranking or move higher up the list. Whenever I needed our team to focus, I simply had to say: “Club + Resort Chef Culinary rankings.”

It has been an incredible tool to inspire our teams to keep pushing the culinary envelope at Sycamore Hills.

I do have to admit, the second year of the culinary rankings were nerve-racking for me and our team. The last thing we wanted was to fall down the list or not do as well as we did the previous year. I remember my General Manager said to me and our Assistant General Manager, “The competition will be more fierce with more clubs entering. Do we want to enter again?”

The topic of conversation quickly centered on the impact that the rankings/competition had on our teams, and even though there was a chance for us to fall down the list, we were sure that not taking that risk was going to be a negative catalyst for our teams, which would impact our culture. We weren’t willing to take that risk. I still remember being in the airport on a flight home to Fort Wayne when my brother Vinny called me to tell me that Sycamore Hills maintained our ranking. When I got back to the club, and we shared that with our teams, the level of excitement was on par with or exceeded their excitement from the previous season.

We also used the rankings to try and drill down into what the clubs higher than us are doing. I had this inspiration after reading a great blog by Chef Ben Simpkins about judging the Top Ranked Culinary Experience program. In the blog, he said, “If a club is ranked higher than you learn more about what they’re doing and adapt it to your culinary program.”

After learning more about Farmington Country Club, the #1 Top Ranked Culinary Experience Club, led by Executive Chef Michael Matarazzo, CEC, we were intrigued to learn about the way they handle members with severe allergies. The club built a dedicated allergy kitchen as part of a massive renovation. This was an idea we hadn’t identified until we started learning more about the clubs ranked higher than us. We used some dead space in the kitchen to carve out a nitch with dedicated equipment so that we can prepare meals for members with severe allergies. This is one of just many ideas that we will institute at Sycamore Hills after learning more about what other highly-ranked culinary programs are doing.

The last “win in the loss” event that I want to share was during the Club + Resort Chef of the Year competition held on the final day of the Chef to Chef Conference.

This was my first time attending Chef to Chef, and it would have been easy for me to say, “I appreciate the offer, but I would like to see the competition my first year before actually competing.”

But if I learned anything this year, it’s that these kinds of risks were what had advanced our culinary program. So I agreed to compete. Although this was a competition centered on me and my teammate, and not my team at the club, I knew this would be another positive catalyst to show our culinarians and service staff that their efforts were paying off. I truly felt like I carried the weight of our teams with me while we competed.

As my partner and I got up on stage on Tuesday to compete, we had two goals: to have some fun and win. Unfortunately, when the dust settled after the first round, we were eliminated by some incredible chefs who prepared an outstanding dish. As we started to clean up and that feeling of loss set in, I was amazed by the number of judges and chefs who came up to our table to give us love for putting ourselves out there, especially being first-time competitors in the competition. The feeling of showcasing ourselves and our clubs’ culinary programs in front of 400 of our peers was overwhelming, but also very satisfying.

The best part was that even when our team back at home found out about the loss, they remained enthusiastic to hear all about the conference so that they could put into practice everything I learned and experienced.

Reggie Jackson struck out 2,600 times in his career. That’s the most in MLB history. Does anybody ever really bring that up when talking about Mr. October? No, they concentrate on his impact on the game and his team. That impact wouldn’t have been felt if Reggie Jackson had been scared of failure or scared to take a loss. I try to take apply that same philosophy into my kitchen and impart it to our team of culinarians. I would rather lose a Battle of the Chefs, a ranking, or a Chef of the Year competition ten times over than choosing not to compete in the first place. There is always a silver lining in failure. Don’t be afraid to find it and embrace it. I promise it will be well worth the effort.